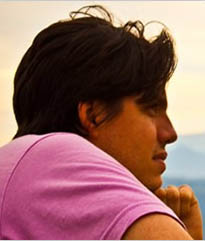 Today I woke up afraid of the world outside my window. I was afraid of cars that go by so fast that they could run you over and of people who can eradicate you from life to get your wallet on the Transmilenio. But especially, above all things, I was afraid of my lack of interest in everything that drives the people of this world so crazy. These writings that I do are like a "dear diary" so that the pelagatos who read me do not feel alone and think that the world is not such a bad place after all, that even poor devils like them can win the lottery tomorrow and quit their jobs at the call center. Or quit the law office that is about to give you so much money.

I would like to say that I am not really afraid of anything and that I am all those poor devils of whom I speak. It would be easier to categorize myself into what I have and what I don´t have and all the beautiful things I wish I had. But it´s not like that. I am not all of them. I don´t want to be a millionaire, I don´t dream of driving a lavish car or living in a three-story house with high bars so that no one can get in and I can´t get out. I don´t want to be my lawyer friend who is about to be so successful. Nor do I want to be any of those people who leave their skin in tatters for having many things that speak to the world of their triumph compared to those who have nothing. I am afraid, yes, but not because of everything I don´t have but because of my lack of interest in what moves people. To people who are not me.

Some years ago, when I did not know what to do with my life, I decided to leave Colombia so I would not have to deal with the world, my world, to which I did not want to belong. So I went very far and lived great things that even today I still remember and treasure as if they happened yesterday. Being there far away, I thought about working on a ship and going around the world in the way of Jack London. I thought about taking a master´s degree in journalism and becoming a war correspondent like Hemingway. I thought about living in Paris, facing needs, and writing about it like George Orwell and Henry Miller. I thought about doing many things like so many other people who were not me, because they managed to earn a living by giving up a lifestyle that did not suit them. I admired them for that and because of that I wanted to be like them.

I have a cousin who admires the brutality of historical figures whose names we keep repeating years after their death. I must clarify that my cousin is not struck by the macabre actions of Ivan the Terrible, Mussolini, or Hitler, but by the irresolute will of their aspirations. People like Hitler who went from anonymity and destitution to possessing a large part of Europe, and Africa, is a reason for his astonishment because my cousin, deep down, what he longs for is the admiration of beings whose ambition led them to have so much power that they didn´t know what to do with it. What really matters to my cousin is the power to influence the lives of others according to his vision of the world. At this point we are all alike. At least in a sense.

My admiration for the writers whose lives fell apart because they abandoned everything to discover that very world from which they wanted to break free is my great ambition. I admire in them the power to abandon everything to live life outside of what everyone calls life. I admire the power of having no power over anyone and no one having power over me. Perhaps the power to describe the world that I do not understand and that others read and identify with is my only ambition for power.

Dear poor devils who read me, I have a confession to make to you: I think I am better than most people who are not myself. I myself feel that I am the greatest thing this world has produced. I myself, that is, the one who writes these lines, feels that intellectually, and spiritually I am on a higher plane than all of you, ergo, I feel power over all the people who are different from me. Those who accumulate a large number of distractors to forget the true reason for their existence, are for me like the dogs that chase cars on the road without knowing why or for what of their pursuit. A furious race to nowhere is what leads them to be so mean to everyone who is not themselves. Now, those who do not get what they imagine they want from this life can also become very bad. Bad with themselves and also bad with the people who left their skin in tatters to achieve a higher status than most, because they feel that somehow that world, the idea of the world as a sphere of actions and reactions benign for some and evil for others, it robbed them of their chance to succeed. I am in the last category, and I am also in the other two because I feel that I am a better person than most, and yet I do not have a tenth of what I always dreamed of.

I recognize that I suffer from a huge superiority complex that constantly battles against the insecurity that constantly haunts my intentions and every possible decision I have made in my life. I am a poor man who admires the asceticism and intelligence of Alan Watts and at the same time envies Sarmiento Angulo for his enormous fortune. I admire Sarmiento Angulo and at the same time I despise him because my feet could wear boots much more comfortable than the ones I am wearing at the moment.

Such a contradiction makes me a foreigner of my own circumstances in the country wherever I am. In any case, deep down I don´t care what Sarmiento Angulo can do with his life, and he certainly doesn´t care what this pelagatos has to say about him. In that sense, too, I am like a dog that chases cars on the road without knowing who I am barking at.

Barking like an angry dog at passing cars is typical of those who have so much energy that they do not know what to do with it. Energy to do good things and bad things. The question that arises from all this is what is bad for some and good for others? Surely, for Sarmiento Angulo, the true knowledge of what is good or bad for his life must be as incongruous as living in a country where so many have so little and many, who are the great minority, have so much. However, I who pride myself on being better than all of you, I envy the Sarmientos Angulo of the world because they have a lot and I have nothing, and I also envy the resolution that I imagine people like them have in all the actions of their lives.

Sarmiento Angulo, what are you thinking right now? The question is rhetorical because there is no one with me, and surely, I do not have access to Sarmiento Angulo to ask him anything. In any case, I am free to answer my own question without anyone saying anything about it because that is one of the advantages of being a stranger in the world of letters. You might as well ask Joe Biden what he´s doing right now, and it should have the same effect: nothing. A huge and absolute nothing. But it is in nothing where I can move like a nobody, because nobody, unless it is Diana and the three poor devils who read me, know who I am. Even I am not sure if I know who I am, except for what I do and say every day of my life.

I am a lawyer and I work very far from my home in the city of Bogotá. I am 41 years old, and I have nothing to my name that I can quantify. In the legal sense of the word, I exist because my identity card and passport say so. But can I say that I exist if I don´t know who I am? One thing or another does not prevent my actions from having consequences in the world. If I take a car and run over someone, both my name and my body will go to jail. But still, can I know who I am if I don´t really know who I am?

Actually, I do not know. The only thing I can know for sure is that this is the first time in my life that I feel it´s okay not to know many things. Not knowing that you don´t know anything is fine as long as you are curious enough to ask yourself one thing or another. If anything, I´m sure this doesn´t make sense to anyone but me. Perhaps Sarmiento Angulo could understand why a person with so much power must have such an immense inner SELF that it could well be in his own country. The Sarmiento Angulo country with its departments and provinces and capital for President Sarmiento Angulo to govern as he sees fit, without fear of what may happen outside his window, in the Transmilenio or wherever they can eradicate me or someone from life without having understood what we are all doing here.

Good. That is all for now. I´ve been pretending to work for three hours, and my boss is suspicious, so I have to leave you, a bunch of pelagatos who read me. I wish you that you do not go to hell itself and that you find whatever you are looking for in this life. I wish you to become Sarmiento Angulo if that is what you want, or to set fire to your offices and go explore the world. One or the other is fine if it is what you really want to do with your life. I can tell you with certainty that I do not know what I want to do with my life except what I am doing now. Coming home at night with Diana waiting for me, always smiling and our cat threatening to gouge our eyes is heaven for me. I may not have anything that can be quantified, but I have millions of kilometers in terms of the inner world that give me enough courage to face everything that I cannot change in my own life without fear of what may happen outside my window. 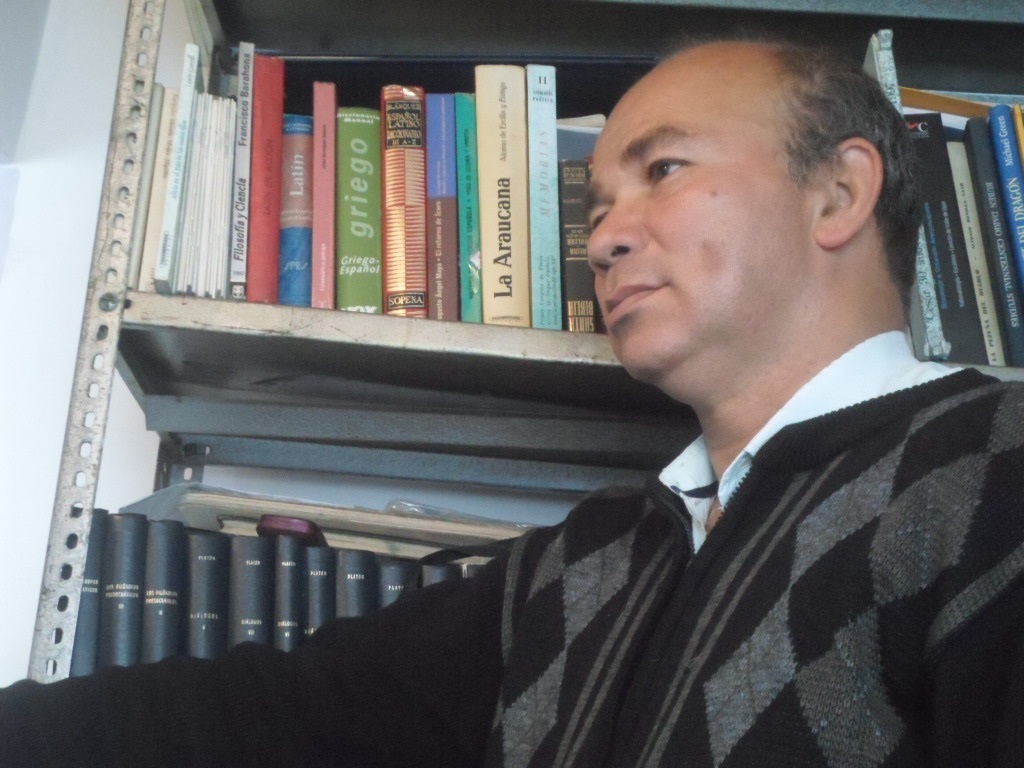 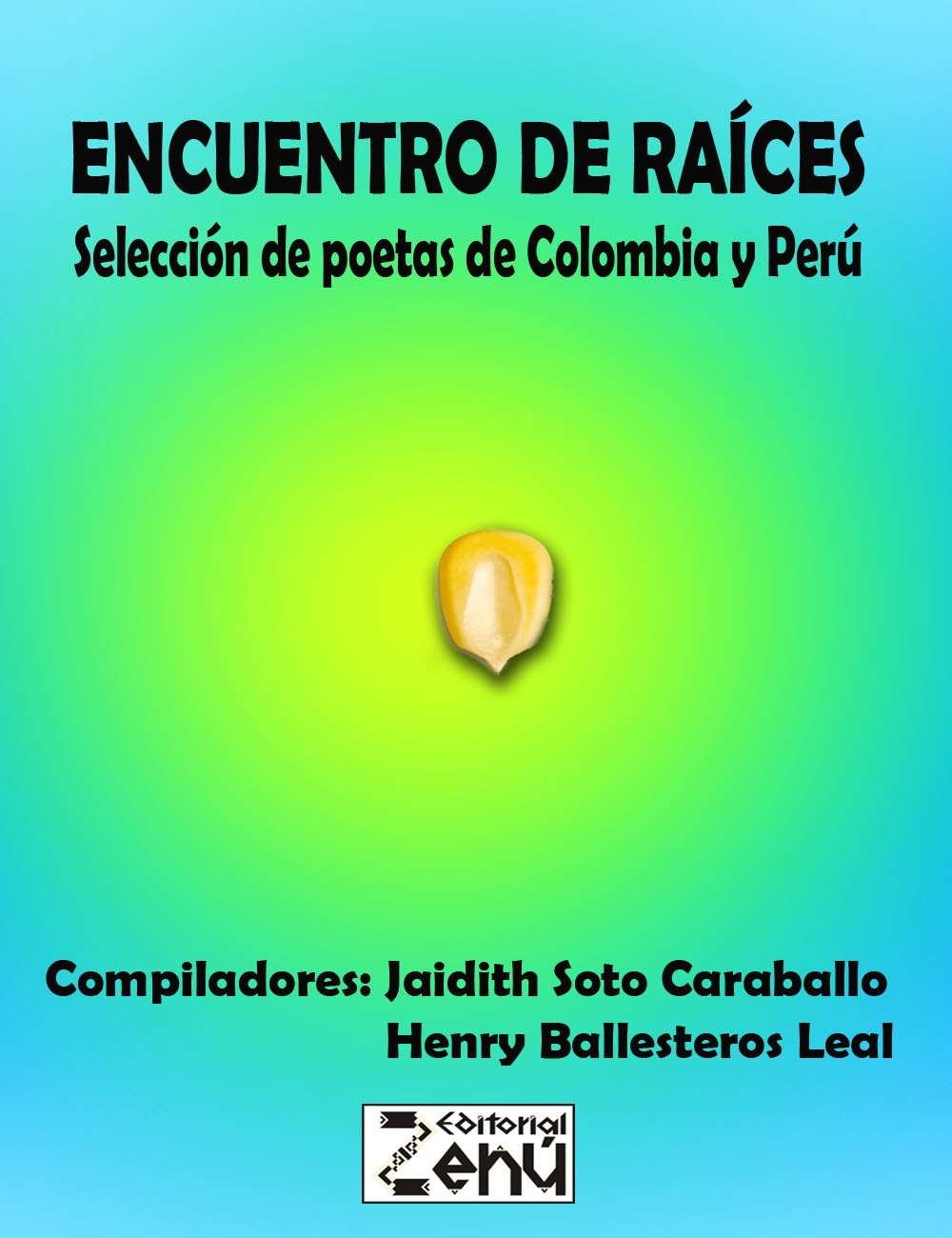